Rules for Rebels: The Science of Victory in Militant History and What it Can Teach CEOs

Militant leaders are no doubt evil, but the cunning ones are masters at managing and branding militant groups with tens of thousands of members from all over the world. In this talk, Abrahms highlights what successful militant and terrorist leaders do to achieve their political goals and the surprising implications for CEOs to maximize profits.

If you look up terrorism in the dictionary, you’ll see it’s defined as a tactic for aggrieved groups to achieve their political demands. But does the tactic work? How do governments respond to terrorism? Abrahms has published the first studies ever to answer this question. In this talk, he explains his surprise finding from his travels and data of how governments react to terrorism, then explores what will happen if your city is attacked.

What Do Terrorists Want?

Terrorism is not only morally reprehensible, but also perplexing. For most observers, it makes little sense why someone would intentionally kill innocent people. In this talk, Abrahms explains who becomes a terrorist, why, and the implications for countering them.

Drones have become the cornerstone of our counterterrorism strategy. We use them in conflict zones all over the world from Afghanistan to Somalia to Yemen. In this talk, Abrahms shows why drones actually make militant groups more likely to commit terrorism and the optimal way to handle terrorist leaders.

Where Will Terrorists Strike Next?

Terrorists often issue propaganda on Facebook and Twitter to brag about where they’ll strike next. What Abrahms has found, however, is that terrorist propaganda is a poor predictor of their future targeting choices. In this talk, Abrahms presents original evidence about where terrorists will attack and your likelihood of becoming a victim. 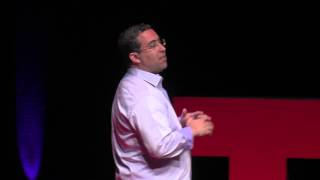 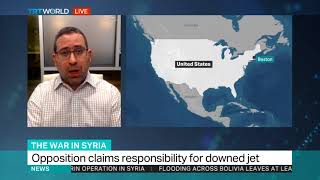 Leading expert on terrorism, media analyst on terrorism, author of Rules for Rebels: The Science of Victory in Militant History, professor of political science at Northeastern University.

Dr. Max Abrahms is among the world’s leading experts on the subject of terrorism. Currently, he is a professor of political science at Northeastern University and a member at the Council on Foreign Relations. His terrorism research is among the most cited and assigned around the world. Abrahms is also a frequent analyst in the media, especially on the consequences of terrorism, its motives, and the implications for counterterrorism strategy. He fields weekly interviews with major media outlets such as Al Jazeera, Atlantic, Associated Press, BBC, Bloomberg, CNN, CNN International, Newsweek, New York Times, Washington Post, and Voice of America. On Twitter, @MaxAbrahms is a verified user with 45K followers.

Abrahms is the author of Rules for Rebels: The Science of Victory in Militant History, to be published with Oxford University Press in September 2018. Ever wonder why militant groups behave as they do? For instance, why did Al Qaeda attack the World Trade Center whereas the African National Congress tried to avoid civilian bloodshed? Why does Islamic State brag over social media about its gory attacks, while Hezbollah denies responsibility or even apologizes for its carnage? This book is the first to show that the behavior of militant groups depends on the strategic IQ of their leaders. The author has extensively studied the political plights of hundreds of militant groups throughout world history and reveals that successful militant leaders have followed three rules. Although surprisingly simple, these rules are based on original insights from the fields of political science, psychology, criminology, economics, management, marketing, communication, and sociology. It turns out there’s a science to victory in militant history. But even rebels must follow rules.

“Max Abrahms is a thoroughly unconventional thinker, and a thoroughly responsible one too -- a rare combination. His research is scientifically rigorous, based on empirical evidence. The fact that his conclusions often run counter to the Think Tank consensus should give us all pause.”

“Max Abrahms is a smart, disruptive thinker. His insights are invaluable when it comes to predicting how specific terrorist groups will succeed or not. He pulls no punches when it comes to recommendations on combating terrorist networks based on his scientific analysis.”

Rules for Rebels showcases Abrahms’ expertise in terrorism and counter terrorism. It is a must- read for those seeking insight into why certain militant groups succeed and why others fail. We have needed new insights to combat extremism. Abrahms’ latest book delivers."

“Rebels, terrorists, and revolutionaries are among the mightiest forces of human nature, responsible for shaping nation states as we know them. Max Abrahms' book takes on an insurgency of its own by overthrowing mainstream myths about militant groups by establishing a new order of how such movements succeed or, as in the case of ISIS, fail as spectacularly as they rise.”

“Max Abrahms once again raises provocative and important ideas about terrorism, ideas that need to be taken seriously.”

“Max has ideas that merit attention.”

“Max Abrahms consistently provides an academic and unbiased view towards rebellions and terrorism. He has an impressive track record for getting things right.”

“Abrahms has original insights about terrorism. His ideas about Islamic State have been spot on.”

“Max Abrahms offers an insightful perspective on the modern landscape of international terrorism, the dynamics within militant groups, and how they employ various forms of violence to achieve their goals. His commentary on the Syrian civil war brings clarity to one of the most complex and devastating conflicts of our time.”

“This book represents the kind of outside the box analysis which Abrahms brings to every one of his interviews with the Australian Broadcasting Corporation. His understanding and deep knowledge of the evolution of terrorism and how it impacts on security issues today makes this required reading for policy makers and all concerned citizens.”

“While we journalists witness and report on the cycles of violence in the Middle East and beyond, we reach out to those who take a step back and make sense of this madness. Max Abrahms is amongst the best of them. With his probing questioning, careful reasoning and deep vision, Abrahms out-analyzes think tanks and their experts. I strongly believe that not only academics and analysts, but anyone interested in militancy in the new era will learn a great deal from this book.”