The Power of Teamwork

Very few things great are done alone. Epic achievement is almost always the result of successful and enduring collaboration. Jim explains and details the elements of winning teamwork. He provides specific examples from the experience of the U.S. “Miracle on Ice” hockey team, and how it confounded the experts, made history … and made it to the top of the podium.

How and Why Great Companies Win

The impossible becomes possible when you believe. Jim knows what it takes to be a winner and will explain what it really means to be a true professional. He will talk about winner’s character, how they prepare, their priorities, and how to handle victory & defeat. As Jim often tells audiences, “If you don't know where you are going, any road will get you there.” Jim shares the elements and fundamental components of goal setting, defining missions – and then going confidently … and smartly … in the direction of your dreams.

Jim has studied … and continues to study and research … what inspires the pursuit of excellence in those who achieve greatness. He describes what is it that separates those content with good enough, and with all right, and with the okay … and those who have an unquenchable thirst and drive to make history and establish the highest standards.

Success happens when you believe in winning then you prepare to make it happen. Great Teams accomplish more than great individuals, no one is bigger than the team. Jim shows you how to win collectively vs. individually.

Jim will provide you with insights on how to recruit the right people, how to put them in the right positions, and how to pull greatness out of each individual to contribute to a bigger goal.

Jim believes that the main rival you should compare yourself to is the performer that you were yesterday. He will challenge you to have to make your team every year

Jim uses his past experiences in both the athletic and business worlds to show how to use the underdog status as a powerful tool. He explains why failure isn't fatal but being afraid to fail is.

You are what you see, you always have a choice to be the victim or the victor. Jim will make you understand that intense discomfort is the price tag for personal greatness.

Let Jim show you how ego can be swagger. With conflict comes change, let Jim teach you how to manage both of these important ingredients for success.

The Difference Between Loyalty & Leadership

Not everyone has the talent to be a true leader. Jim will explain what it takes to be a great leader and how leaders have the ability to make or break the team. Leaders always do what is right for the betterment of the team. They have the ability to recognize the strengths and weaknesses of each individual and put them in positions to succeed.

Staying Young to Create the Future

Don't confuse being busy with being productive, success can be your biggest enemy. Jim believes that you should not limit yourself to small goals or underestimate your personal ability to become more successful.

Jim believes that getting comfortable is being uncomfortable. He will talk about how he and his teammates had to change the way they thought, trained, and played under the guidance and vision of Herb Brooks. He will show you how transformation change can be executed and how this can aid your organization to perform more effectively. 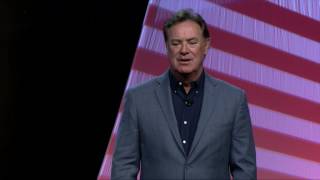 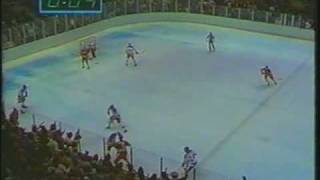 Jim Craig guides, motivates, and inspires your employees and associates through a 45-minute to one-hour speech that is customized to your organization’s needs and objectives.

Jim Craig has been called the backbone of a team that has been named the #1 moment in sports history. Their Miracle team defeated the Soviet Union amidst the Iranian hostage crisis that sent our country into a frenzy. Two days later, Jim helped seal the deal when the United States defeated Finland to bring home the Gold Medal in Lake Placid. Before the Olympics, Jim was an All-American goalie at Boston University leading his team to a NCAA national championship. After the Olympics Jim went on to play professionally for three NHL teams, where he sustained a career ending injury while playing for the Minnesota North Stars. He is enshrined in the Boston University Hall of Fame, the International Ice Hockey Federation Hall of Fame, the United States Hockey Hall of Fame, and the United States Olympic Hall of Fame and co-recipient of both the Lester Patrick award and Sports Illustrated “Sportsman of the year award”.

After Jim’s professional hockey career ended, he transitioned his success into the corporate world. He has been inducted into Sales Hall of Fames for two different companies increasing a sales territory from $300,000 to $50 million in annual sales. For more than 30 years, Jim has inspired, instructed and provided strategic and winning directions to some of the most prestigious companies across the world including Bank of America, Coca-Cola, Procter & Gamble, and Disney. Jim is co-author of the highly acclaimed business book, Gold Medal Strategies: Business Lessons from America’s Miracle Team and is in the process of writing a new book that will be released next year. Jim and his wife Sharlene have been married for over 30 years and have two children, JD and Taylor.

“Hiring Jim as our keynote speaker at Gartner was a winning strategy. Leading up to the event, Jim made himself available for multiple planning sessions. The event itself went off swimmingly, and the results exceeded our expectations. Jim has a unique gift as a storyteller. He’s a very perceptive speaker who can easily adapt his messages to the audience. We would welcome the opportunity to leverage Jim again in the future.”

“Winning a gold medal for your country is a rare accomplishment. Being able to listen to Jim Craig deliver a message on teamwork, meticulous recruiting, and accountability is just as rewarding. To quote two attendees: ‘Best presentation I have heard in a long time’ and ‘Wow, he had my attention the entire time’. Jim mixes a clear message on important topics in business with entertaining stories of the past. Fantastic speaker and even a better person to know. If you have not heard him speak, hire him.

“I would fully recommend Jim Craig as a keynote speaker. Jim’s preparation and delivery were simply outstanding. He took the time to learn our business and built an inspirational and motivational story for our team. I plan to try to utilize Gold Medal Strategies again as it is a perfect fit for leaders in a competitive environment. Go Team USA!”

“Welcome again to Team Kellogg’s! On behalf of Kellogg Company, we wanted to thank you for a successful kick off to the “Kellogg’s Great Starts” athlete tour. Our employees were captivated by your journey to the Olympics and were inspired by your advice to get “comfortable with the uncomfortable”. As well, your personal anecdotes helped keep the group engaged and they were on the edge of their seats awaiting your next tip on how to succeed.As seen by our employee feedback, you were able to motivate the team to push for their personal best and step outside their comfort zone. Multiple people shared that you were the best speaker they have seen and you really raised the energy within our organization. For me, I will continue to inspire my team to be a “team of dreamers” so we can all reach our greatness. We look forward to seeing you soon.”

“I’ve received many extremely positive comments about Jim’s keynote speech at our Ethics & Compliance event last week. His speech was everything I hoped for and more. It is one thing to impart the right messages, but a true motivator inspires action and that is what Jim accomplished. Having Jim as the keynote speaker at our event was a great decision with overwhelmingly positive results. I would strongly suggest to any company looking for a motivational speaker to make the same choice.”

“Jim Craig understands and embodies what it takes to create a “Gold Medal” experience in many ways. His recent appearance at our event certainly fit that bill. Between his obvious preparation, inspiring storytelling, and genuinely down-to- earth demeanor Jim was an absolute hit with my clients! It was a pleasure to have him at both our breakfast and on our main stage for the event and, if I could sum up the experience in one word, it would be “phenomenal.”

“Jim is an absolute pleasure to work with. He took the time to really understand our business and tailor his message to our company accordingly. He showed great personal interest and enthusiasm in the team he was speaking with which made his impact immeasurable. Jim even won over the usual skeptics who never seem to get behind anything. Jim’s message is real. While his timeless story remains one of the most remarkable moments of our lifetime, his message is very current and meaningful to any company.”

“When I want to motivate and inspire a group of seasoned professionals, I know that Jim Craig will help make it happen. No one tires of the miracle on ice story, but Jim doesn’t rest on those laurels. He inspires with an understanding of business and his message of teaming and commitment. I have worked with Jim on two different occasions and have been impressed both times, not only with his inspiring story and message, but also with his personal commitment to understand my objectives and customize his messages to those. Jim and his staff are professional and organized, leaving nothing to chance and ensuring a compelling program that unites and energized my team.”