From the campaign to the White House what was it like to cover President Obama? Behind the scenes insights into what it takes to move the president from stop to stop. A peek into the most elite airplane in the world, Air Force One. Why doesn’t the entire White House press travel on the plane? Does the president ever come back and hang out? Highlights from some of the most high profile trips, like Mr. Obama’s Middle East trip and speech to the Muslim world and 48 hour round trip to Oslo, Norway to accept the Nobel Peace Prize.

The son of immigrants (Cuba & Jamaica) who grew up in Puerto Rico, Dan overcame language barriers and ’70s racial hurdles, studied broadcasting and religion, earned his master’s in journalism and public affairs and launched into a decades-long journalism career. He worked in Chattanooga, West Palm Beach, Seattle, Boston, Los Angeles, and Washington DC. As a child he wanted to become an engineer and built radio kits in a shed. In middle school he launched a bike shot and a lawn service then landed an on-air radio job as a 16-year-old. Many years later he would find himself in the White House covering President Bush and President Obama for NBC News and CNN.

The media landscape has shifted. Digital magazines and social media sites are taking the lead as stories get shorter and everyone with a mobile device has access and "reporting" capabilities. Dan speaks about investments in digital media and how he is building his media company to quench the demand for good content. From corporate videos to podcasts. 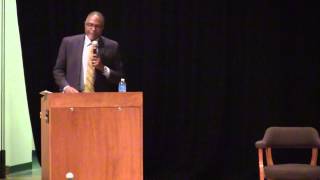 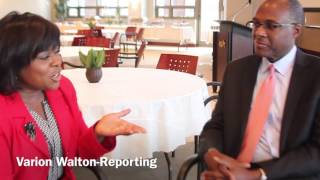 Dan Lothian spent more than a decade as a correspondent at CNN, where he was White House Correspondent from 2008-2013. Before joining CNN’s Washington bureau Lothian served as CNN’s Boston bureau chief and correspondent. In addition to reporting, Lothian was responsible for coordinating all news coverage from the greater-Boston area. Lothian began at CNN in June 2003 covering a wide range of issues. However, he was a key member of CNN’s Peabody Award-winning “best political team on television.” He covered the 2004, 2008 and 2012 presidential races traveling with more than a half dozen candidates.

Lothian’s career has also taken him across the map to report on natural disasters including hurricanes Katrina, Rita, Dennis and Gustav. His reports contributed to the network’s Peabody award-winning coverage of Hurricane Katrina.

The funeral of Rosa Parks and a documentary on the 50th anniversary of the U.S. Supreme Court’s historic decision in Brown vs. Board of Education were also highlights of his time at CNN. Domestic coverage was only part of Lothian’s portfolio. He traveled to the Middle East to report on the ongoing tensions and proposed peace agreements between the Israelis and the Palestinians. While covering the White House Lothian traveled with President Obama to more than 30 countries including his historic visit to Myanmar and the controversial trip to Colombia.

Lothian joined CNN from NBC news where he worked for seven years as a Los Angeles- based correspondent. He covered breaking news across the west and Mexico, was dispatched to Cairo, Egypt after 9-11 and spent several weeks based in NBC’s Tel Aviv bureau. After returning to the U.S., he was temporarily assigned to cover the White House and Pentagon. His reports were featured on NBC Nightly News with Tom Brokaw, The Today Show and MSNBC. Before spending more than 17 years on the national stage, Lothian worked at top local stations across the country. He reported for WCVB-TV in Boston, KING- TV in Seattle, WPTV-TV in West Palm Beach, FL and WDEF-TV in Chattanooga, TN, where he began his television career. Lothian started learning the ropes of broadcasting at the age of 16 as a radio announcer for WKES Radio in St. Petersburg, FL.

Dan Lothian is the founder of Little Park Media, a production and media strategy company with holdings in the legal online publication “The Texas Lawbook” and the workplace engagement platform WorkZest.

Dan is the co-host of three podcasts, including Behind the Media and one covering lifestyle. He is a panelist on the WGBH show Beat the Press. He teaches a Media and Entrepreneurship class as a Northeastern University School of Journalism scholar in residence.

“Boys & Girls Clubs of America had the tremendous good fortune of having Dan Lothian moderate an important special event. "The Military Great Think" was a first of its kind, bringing together a diverse group of leaders and experts in a think tank-style forum. Dan is a consummate communications professional who brought a great mix of gravitas, business savvy and humor to the proceedings. He served as task master to keep the program on schedule, while knowing when to coax further input from a participant, or close out a segment or comment with polite finesse. He added select personal commentary that served to provide smooth segues to a very tight agenda. Boys & Girls Clubs of America could not be more indebted to Dan Lothian for serving as the perfect emcee and facilitator for this important inaugural event.”

"Dan Lothian was incredibly open and honest in his informative discussion of the role of the news media. He also took his time to mentor our political science and journalism students!"

“It’s a wonderful opportunity for UTC students and communication students to learn from one of the brightest stars in broadcast journalism.”