Scribe: My Life in Sports 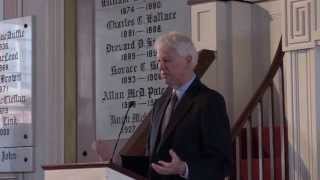 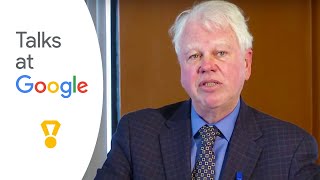 Award-winning sportswriter, author of 13 books, including best-selling Scribe: My Life in Sports, and television commentator

Ever since he joined the sports department of the Boston Globe in 1968, sports enthusiasts have been blessed with the writing and reporting of Bob Ryan. Tony Kornheiser calls him the "quintessential American sportswriter." For the past twenty-five years, he has also been a regular on various ESPN shows, especially The Sports Reporters, spreading his knowledge and enthusiasm for sports of all kinds. One of the sports world's most admired journalists, Bob is now a columnist for the Sunday Boston Globe, having retired after 44 years with the Globe.

Born in 1946 in Trenton, New Jersey, Robert P. Ryan cut his teeth going with his father to the Polo Grounds and Connie Mack Stadium, and to college basketball games at the Palestra in Philadelphia when it was the epicenter of the college game. A graduate of Boston College, a year into his Boston Globe experience, he was handed the Boston Celtics beat as the Bill Russell era ended and the Dave Cowens era began. He covered the Celtics for 14 years.

Bob’s insight as a reporter and skills as a writer have been matched by an ability to connect with people-- players, management, the reading public-- probably because, at heart, he has always been as much a fan as a reporter. Bob has covered 29 Final Fours, 11 Olympics, numerous World Series, Super Bowls, NBA Finals, Golf Majors, Ryder Cups, and more.

Bob is the author of 13 books, including Scribe: My Life in Sports, Wait Till I Make the Show: Baseball in the Minor Leagues, Celtics Pride: The Rebuilding of Boston's World Championship Basketball Team, When Boston Won the World Series: A Chronicle of Boston's Remarkable Victory in the First Modern World Series of 1903, and Cousy and the Celtic Mystique.

Bob appears regularly on ESPN's Sports Reporters and Around The Horn, and is a frequent substitute on Pardon The Interruption.

“Bob Ryan brought to Berry College a rare combination of deep and really current knowledge of sports and industry, compelling anecdotes of his experiences covering Boston’s teams and sports figures, and an infectious enthusiasm for the role of sports and sports journalism in American life.”

“Bob was a wonderful speaker and we loved having him on campus, in our classrooms and in town. I'm glad he wants to visit schools and interact with students.”

“Bob could not have been more gracious and genuine in his presentation style. After his presentation he took the time to answer each and every question posed to him. We had a reception afterwards, which gave him a chance to mingle with the residents. They are still buzzing about his visit two days later, which is how I know that he made quite an impact.” It was a very memorable afternoon for all of us!”

“Bob Ryan was one of the best speakers we’ve ever had – insightful and opinionated, given eloquently by one of the greatest sportswriters of our time.”