Peak Performance Under Pressure: How to Achieve Extraordinary Results Under Difficult Circumstances

Bill’s keynote presentation will provide you with the secrets of how ace fighter pilots dealt with the relentless tension, anxiety and stress of daily air combat missions and the need to win, no matter what.

Bill will show you in this thoroughly researched, interactive presentation, sprinkled with humor, how you can apply these easy-to- learn lessons to your life, when nothing short of peak performance under pressure will do. You’ll also learn the aces’ secrets of how to live a more balanced, productive, happy and stress-free life.

You'll get easy-to- implement answers to the following: 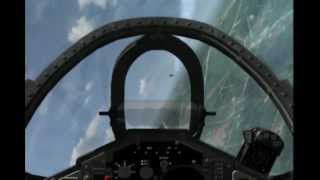 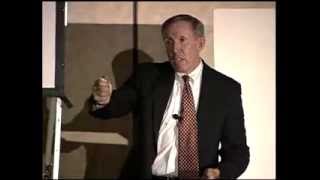 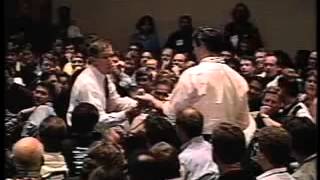 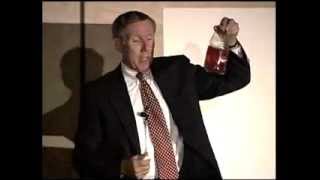 Navy Ace and Former TOPGUN Instructor, author of Peak Business Performance Under Pressure: A Navy Ace Shows How to Make Great Business Decisions in the Heat of Business Battles

William P. Driscoll is a retired Commander in the United States Navy. A Naval Flight Officer (NFO), Driscoll and his aircrewmate, Naval Aviator Duke Cunningham, became flying aces during the Vietnam War, the only naval aircrew to do so, along with three United States Air Force pilots, and they remain the Navy's most recently minted aces. Driscoll received the service's second-highest decoration, the Navy Cross, for his role in a 1972 dogfight with North Vietnamese MiGs. Bill has flown in more than 5,200 jet dogfights over the past 43 years; he flew 170 combat missions, 500 aircraft carrier landings and 3,300 hours of jet fighter flight time. He is a member of the Navy’s first and only team of jet missile aces with the shoot-down of enemy jet fighters in air combat. Bill is one of the highest decorated living Naval Flight Officers. Bill’s other major awards include the Purple Heart, 2 Silver Stars, and nomination for the Medal-of- Honor. He was a TOPGUN Instructor for four years and has been assigned for the past 27 years as an air combat consultant at TOPGUN, where he has spoken to all 107 graduating TOPGUN classes.

“All pilots know well the only rule in a dogfight: there are no rules. In Peak Business Performance Under Pressure Bill allows readers a look inside the cockpit during his combat dogfights and offers a revealing set of guidelines for professional and personal success from one of the country’s finest fighter aces”

“Cdr. Driscoll is an inspiration to all those who serve our Nation in the Armed Forces”.

“Thanks to your Peak Pressure Performance talk, our people left with a renewed commitment to excellence and a tremendous enthusiasm for our goals. You left a vivid impression on all of us”.

“This was unquestionably one of the most powerful programs on team building and leadership we have ever experienced, which only someone with your unique life-experiences could present”.

“Your Presentation exceeded our expectations. Comments to me from our senior management were, ‘Right on the money’ and ‘Bill hit the key points and kept everyone in the room, all 300 of them, interested and involved’".

“I am confident that the secrets of ace fighter pilots you so articulately and humorously described will have a dramatically positive impact on our ability to achieve our very ambitious goals. Thank you again for delivering your high powered message”.

“This was the fourth time I’ve heard you speak. Great job! You hit it out of the park for us”.

“Bill, my partners and I have the opportunity to see and hear many terrific, world class speakers. We commented after your presentation that we have never had anyone have such a dynamic and positive impact on our people as you did”.

“I have attended many events of this type, and I’ve never seen our people so attentive and ‘pumped up’. Your message was just terrific”.

"Your attention to detail and customization of your message made your talk especially impactful."

“I noticed an immediate jump in enthusiasm for those cornerstone values of teamwork and leadership you so brilliantly described. I also expect your focus on performance and accountability to have an immediate positive impact on our people”.

“Your humorous yet gripping lessons of ace fighter pilots left us all really pumped-up. As a result, we expect our people to approach their many diverse challenges with a renewed sense of confidence and enthusiasm. This is the fourth time I’ve heard you speak. It gets better each time”.